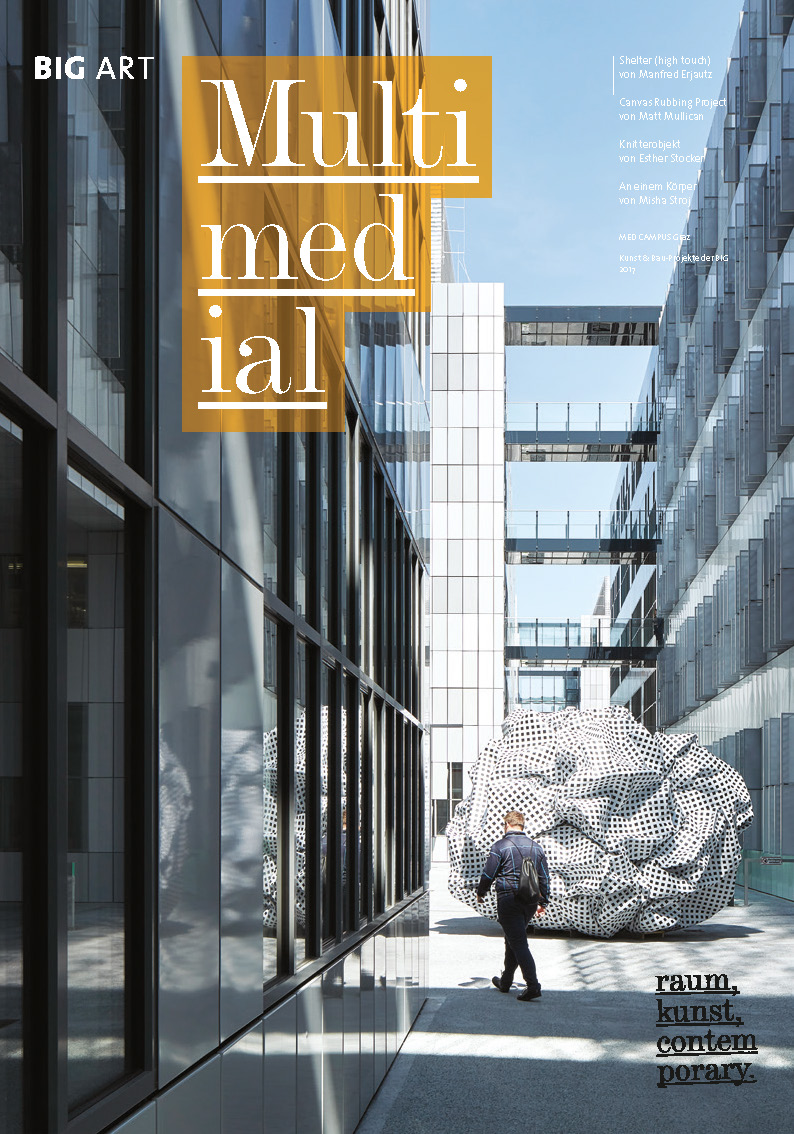 Four Kunst & Bau projects were realised on the new MED CAMPUS of the Medical University of Graz. Manfred Erjautz’s installation entitled Shelter (high touch) is a clear reference to the medical and scientific aspects of the campus with its eight life-size figures representing the human life cycle. Matt Mullican created a large-format, two-storey canvas work for the foyer in front of the university’s main lecture hall. This work, titled Canvas Rubbing Project, features motifs derived from his own complex system of colours and symbols. Esther Stocker’s Knitterobjekt (Crumpled Object) located on the campus plaza is a ball-like sculpture with a crumpled, folded surface. It invites viewers to reflect on their individual perceptual habits. Misha Stroj describes hisdiagrammatic wall object An einem Körper (Of a Body) as a “laboratory with a difference”. It represents an artistic form of experimental research.

All Publications are in German.